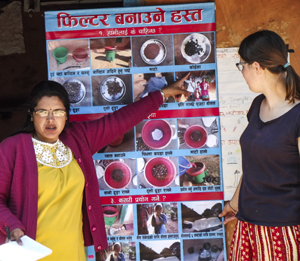 Interested in volunteering or internship for environment and water research program? We have designed integrated environmental conservation projects to assess water supply in target communities. As a volunteer or intern your water research in Nepal might include:

The water research project is run within the environmental conservation program which aims to manage water related issues in Nepal. Nepal is the second richest country in water resources behind Brazil. Despite its abundance of this natural resource, optimum distribution is and crucial challenge to be overcome. Government initiatives have unfortunately lacked monitoring and been relatively unsuccessful. With the team at VIN we will hope to address these issues by empowering community to take charge of their own challenges.

To research and analyse existing water related issues from which we can form sustainable development options in cooperation with the communities we work with. Volunteers in this project will conduct water research in Nepal ranging from:

their technical expertise with community people and help empower them. You would be responsible in designing program for VIN which addresses the water shortage in the community. At VIN educating local nepali about the importance of environmental conservation is a great way to positively influence community development.

The volunteers will develop a concept paper on “Water Research Project”. Based on the concept, they will prepare research tools like questionnaire, observation, focus group discussions their own or with assistance of VIN’s staff in the target community. Conduct research, analyse data and submit research report to VIN on various water related issues such as:

Water conflict issues: Water is used mainly for domestic and industrial purpose in Nepal. Due to rapid population growth, urbanisation, industrialisation there is excessive demand of water. There is a huge rivalry between domestic users and industrial. Similarly, other disputes in community are source water dispute, sharing water, consumption of drinking water, use of irrigation channels, disputes among various water users’ associations/consumer groups.

The ‘untouchables’ in society have suffer from deprivation of clean water; as they are not allowed to use taps, the must consume the polluted water of rivers and ponds.

Nepal also has Trans-boundary water conflict with India; due to its dependence on India for imports, many water rich areas are unavailable for Nepali citizens.

Unmanaged waste, drainage nearby the water sources invites various water borne diseases. Majority of people in rural areas do not have latrines and defecate in open.

Many rural people are even not aware about the importance of hand washing with soap after toilet use. This is a key indicator to the hygiene problems faced, and how water research in Nepal and public awareness programs can make a difference.

Water crises concern both the quantity and quality of the water available in both rural and urban settings. Nepal has 83,000 MW hydropower potential but only 42,000 MW economically viable. We are facing more than 8 hours of load shedding a day. Due to lack of technical expertise, poor economy, political turmoil water issues have remained largely unaddressed. In the mountainous regions access to clean water is often the issue, whereas cities face total water scarcity.

Water scarcity is high both in urban and rural areas. The urban people depend on ground water for consumption. It is reported that 90% ground water is contaminated by coliform bacteria and arsenic in the Terai region. About 13,000 children die every year due to water borne diseases. Clean water is the key to eradicating the proliferation of water borne disease in Nepal.

The major cause of water pollution is industrial, household waste and solid waste disposal discharges directly into rivers. Coupled with rapid population growth, industrialisation and urbanisation, VIN is getting behind critical environmental conservation. It is estimated that every year 20,000 new houses capital city. Conservation of this water source has crucial consequences for future generations. Water research into how

In Nepal there is 225 billion cubic meter of water (annually), of which 210 billion cubic meter water runs to Ganges and Brahmaputra and remaining 15 billion cubic meter water, which is available every year, has not been managed well. Nepal has capacity of above 43 GW which is economically viable. The annual demand is increased about 50MW per annum. The hydro power potential in Nepal is lagging behind because of various reasons. Huge investment is required to for the hydro power projects which poor country like Nepal cannot invest on its own. Therefore it is necessary to attract Foreign Direct investment, donors, and investors not only for financial support but also technical expertise.

Globally climate change is critical topic of discussion, and in the context of Nepal, rapid melting of glaciers, decreasing snowfall and dwindling ground water stores are some of the challenges being faced. The Nepalese economy largely depends on agriculture which makes up 40% of its GDP. Due to an inability to harness water for irrigation, agricultural production has been adversely affected. The melting of snow and glaciers affect dry season water availability. Meanwhile arable land is affected extreme weather patterns, as a result of climate change. With current predictions, average precipitation over Nepal is decreasing at the rate of 9.8mm/decade. This reduced rainfall hampers the irrigation and operation of hydro-power and mills. 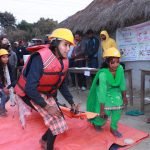 DRR Research Volunteer Project aims to analysis and identifying the socio-economic vulnerabilities caused by a disaster among particular groups of people.... 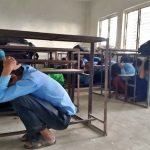 DRR Education Volunteer Project aims to raise awareness among the public on what to do/what not do in the events of... 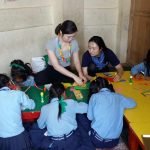 Art and Craft Volunteer Project aims to provide meaningful active self-learning and self-expression for children to be able to realize their... 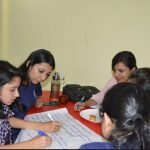 English & Career Development Volunteer aims to teach English language and career development skills to the youth of 16 to 30... 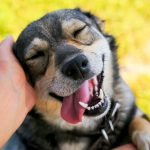 Animal Care Volunteer Project aims to contribute towards protection of stray animals and prevent them from further mistreatment. Numerous animals such as... 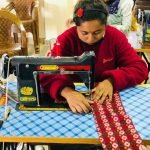 Women Entrepreneurship Volunteer Project aims to support the women of marginalized communities to generate sustainable income through entrepreneurship development. Nepal is an... 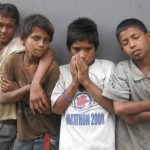 Volunteer for Street Children in Nepal

Volunteer for Street Children in Nepal Project aims to give support, care and guidance to the most neglected section of children... 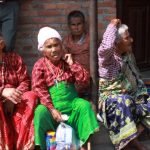 Volunteer for the Elderly People in Nepal

Volunteer for the Elderly People in Nepal Project aims to protect and promote the wellbeing of the aging population. As you walk on...