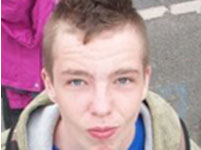 Nepali people are among the most sincere and strong willed people I have ever met. The nation as a whole is currently in a state of governmental dis-array, infrastructure and environmental progression has been neglected and is belated at this stage due to dispute at the top of the hierarchy, however, the body of the people is very much united in common sense, without the intervention of the government, the people manage to work together well and in harmony with the community.

The education and welfare change and development that are being put in the place give nepali people high prospects for the future.

That’s where you come in as a volunteer you offer the youth of today the opportunity to become leaders (champions) of tomorrow.

The amount of schools and organizations such as VIN in Nepal is phenomenal. These placed are creating bright, brave brains for the future and further generations of nepali people.

VIN as a service in itself is granting great ambition to the early childhood development of this nation. You as a member have the chance to change Nepal for the better. Never Ending Peace And Love.