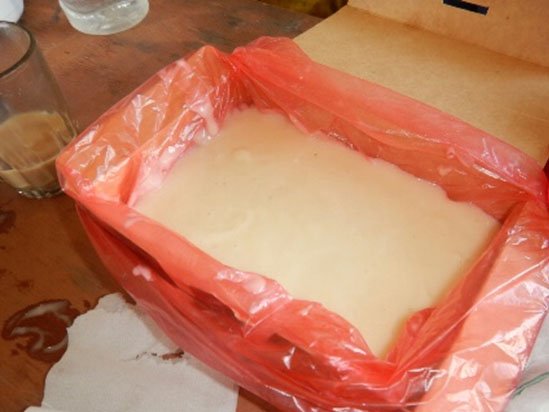 The women were keen to learn about the soap making process as it is the basic requirement .So, the presence of women in attending classes were over whelming .They dynamically participated on the soap making.

The classes were conducted with the challenges. In all three communities, the biggest hindrance was the lack of proper equipments. The women didn’t have proper thermometer that can measure the temperature up to 100 degree Celsius. Also, they did not have a scale. In Kaure they did not have electric mixture, so it took hour to mix the texture which made it difficult to maintain the proper temperature .As well as there was lack of measuring scale.

The problem of not having proper thermometer was solved by Rooney by taking the temperature with her finger (with rubber gloves). The lack of scale was solved by borrowing scale in local shops. In Kaure there was no mixture so, the mixing process was carried out by hands. The soap got solid within 3 days in all communities. 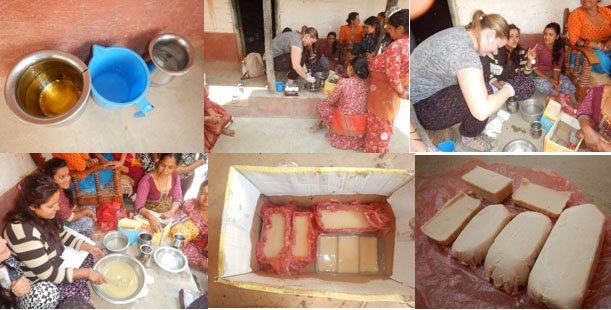 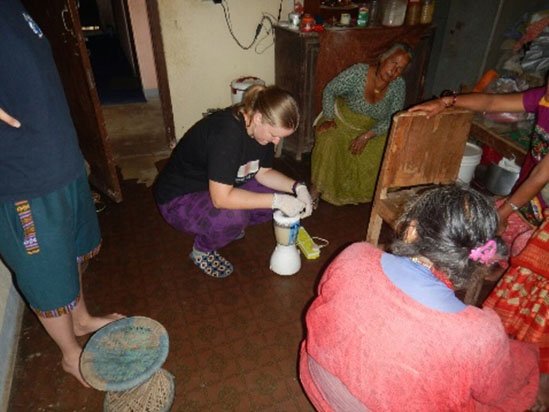 In this way the women learnt soap making with which they too can develop a industry.