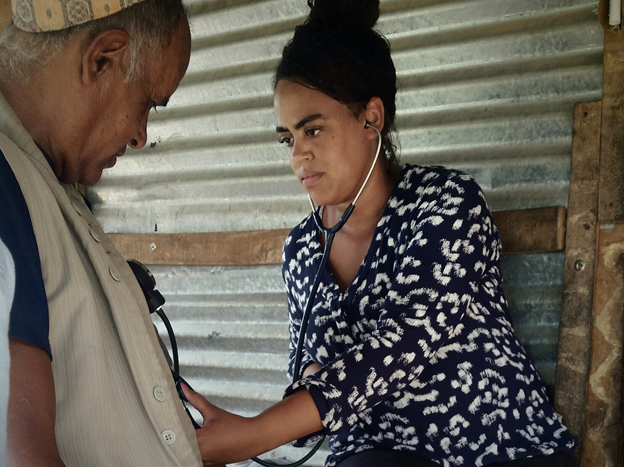 More than 200 people from Kavresthali get benefited from the campaign organized by Volunteers Initiative Nepal on Cardio vascular diseases. VIN’s public health volunteers organized campaign at different places of kavresthali to aware people about cardio vascular diseases. Maja & Jessica from Netherlands and Usha & Elina from Kavresthali has facilitated the sessions. They did sessions with different groups of people and give presentation on Cardio vascular diseases, causes, consequences and prevention. The campaign was focused on risk factors and prevention of the problem. They monitor the blood pressure of local people and informed them to go to health post for regular check-up. Also they gave the fliers with information to the local people for their future updates.

The project has created cardio vascular disease awareness among local people and they are well informed about the risk factors, consequences and prevention techniques.  It has supported to control the top most emerging health problem in rural Nepal and top most killing health problem in the world. People were found happy to be a part of this campaign.  Many of them have realized that smoking can be a dangerous for them at any point of life. We realize that smoking and drinking alcohol are the major risk factors for cardio vascular diseases. We hope this campaign has supported to aware people about the diseases and motivate people to change their behaviour.